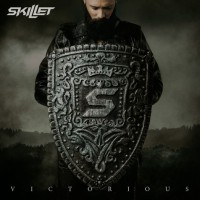 THE NEWLY released album by Skillet debuted at number one on America's Top Rock and Christian SoundScan charts. 'Victorious' also entered at number three on Billboard's Top Current Album chart, and number 17 on Billboard's Top 200 chart. The sales of 'Victorious' were garnered without using a concert ticket/album sales redemption offer - now common with many top-selling albums. Sales for the album were achieved by traditional methods using retailers, streaming and webstores.