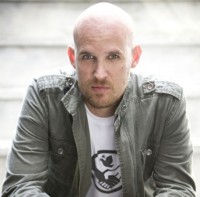 BEST KNOWN as the frontman for the internationally popular award-winning rock band Tree63, John Ellis has released his fourth solo album. 'Growing Silent' is issued through South Africa's Christian Art Media. Said Ellis, "Silence is almost the antithesis of modern life; we are the most over-stimulated generation in the vast history of humanity. When we stop our endless torrents of words and noise that we throw at God all day, every day, we are able to stand silently before God and only then really get to know him. We are repeatedly encouraged in the Bible to be still and silent, things which seem more difficult to do now than ever before. Silence of the heart, silence of the mind, even silence of the tongue, these are the foundations of a contemplative way of life, which is where the deep things of God truly reside." Featured on 'Growing Silent' are three songs written in 2005 with multiple Grammy Award winning Matt Redman. It also includes the Ellis-penned "If God" featured on the Tree63 reunion album 'Land'.