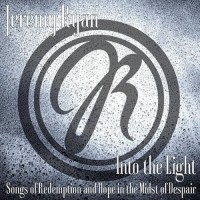 A HARD rock artist from Texas, Jeremy Ryan, has released a debut EP, 'Into The Light: Songs Of Redemption And Hope In The Midst Of Despair'. Read a review on the JesusFreakHideout website, "Ryan's style has always been influenced by rock and metal, and you really hear those influences play out in these songs. A lot of this EP fits in well with bands like 12 Stones and [early-to-mid 2000s] Kutless and Seventh Day Slumber, and Ryan's vocals have that same deeper tone associated with the genre (except he seems to enunciate a little better)."