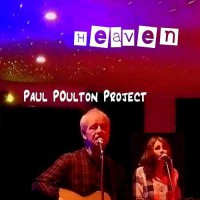 THE 15TH album by veteran Midlands singer/songwriter Paul Poulton has been released. 'Heaven', by the Paul Poulton Project With Jeannie, features 11 cover versions of such songs as "Milky White Way", a gospel hit in 1947 for the CBS Trumpeteers; "I Say A Little Prayer", the Bacharach and David song, which was a hit in 1967 and 1968 for Dionne Warwick and Aretha Franklin; and "Put Your Records On", a 2006 success for Corinne Bailey Rae. Jeannie sings lead on "I Say A Little Prayer" and "Midnight In Harlem" and was once a member of the popular UK evangelistic group of the '80s, The Reapers.