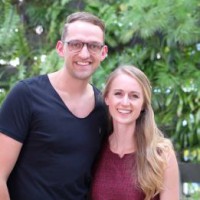 THE WORSHIP leaders from Worship Central, Luke and Anna Hellebronth, have released a new single, "Revive Us (Heavy Rain)", through Integrity Music. It marks the first single for Luke and Anna, who serve as worship pastors for Gas Street Church, Birmingham, under the leadership of lead pastor Tim Hughes. The song, which was co-written by Luke, is a prophetic cry for more of God's presence and an encouragement for Christians to fully engage with the power of the Holy Spirit. Luke and Anna will release a second single in November followed by a full album in 2019.