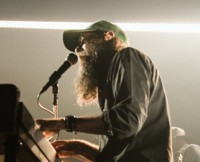 THE THIRD album by Atlanta-based worship man Crowder, 'I Know A Ghost', has been released by sixstepsrecords/capital Christian music group. Wrote Relevant magazine, "The artist is channelling his southern roots as usual, but bringing forth a lot of electronic production and hip-hop sound for something that not only blends genre, but venue and atmosphere." Said Crowder, "'I Know A Ghost' is the after party. In the story of the prodigal son, the wayward son eventually comes home. When he does the father throws his son a lavish party. Of course, there are songs bumping at the party and this is what that moment sounds like to me. Holy Ghost music!"