'I Know A Ghost' album by Crowder set for November release 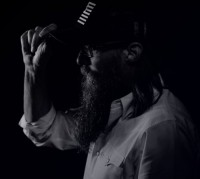 THE NEW album by modern worship radical Crowder, 'I Know A Ghost', will be released on 9th November. Sixstepsrecords have released two singles from the project, "Red Letters" and "Wildfire".