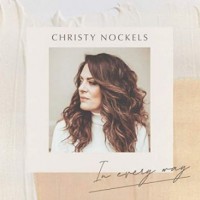 DOVE AWARD-winning worship leader Christy Nockels has released the single "In Every Way" on Keeper's Branch Records with global distribution for the first time through The Fuel Music. The song was produced by her husband Nathan Nockels (Passion, Matt Redman) and co-written with Grammy-nominee Jason Ingram.