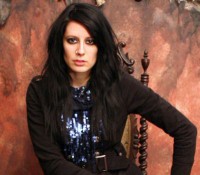 THE VIRGINIA-based rock singer Eowyn has finally released her fifth album, 'Just Believe'. She said, "This was supposed to be my acoustic album, but it obviously came out a little differently. I just kept hunting for music that felt like it represented where I am today, and lyrics that told not only my story, but others around me. I feel this album does just that! It's odd to say, but I feel it's also my worship album. Even when I was writing sometimes desperate lyrics, I felt like God was reminding me just how big he is and how every aspect of my life is in his hands."

For more on Eowyn visit the Eowyn artist profile