Starflyer 59 return with 'Young In My Head' set 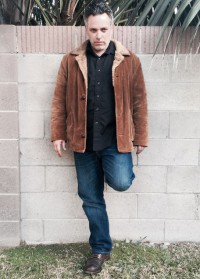 VETERAN alternative rock band Starflyer 59 have released the album 'Young In My Head'. Founder of the band Jason Martin has been described as "one of the world's greatest living guitarists" by The Encyclopedia of Contemporary Christian Music. 'Young In My Head' is said to channel the music of Martin's youth which includes The Jesus And Mary Chain, The Smiths and The Cure.