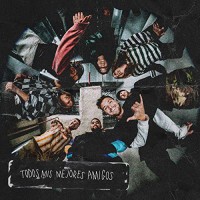 AN EIGHT-song EP featuring Spanish language versions of songs from Australia's Hillsong Young & Free's 'All Of My Best Friends' album has been released. 'Todos Mis Mejores Amigos' includes the single "Indescribable", a collaboration featuring Mexican worship band Un Corazon and the rapper with Mexican roots Raul Garcia, known as WHATUPRG. Said Y&F's Melodie Wagner, "To us 'Todos Mis Mejores Amigos' is more than songs that have been translated. We believe in the power of praise and worship and we know this EP will be a gift to anyone who appreciates the beauty of the Spanish language."