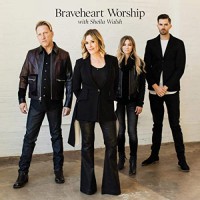 A MUSICAL partnership which was first established in the 1980s when Cliff Richard produced the debut album by singer and TV presenter Sheila Walsh has been given new focus with the release of a new single. "It Is Well" by Sheila Walsh featuring Cliff Richard has been issued by Venture3Media (V3M). The track is from Walsh's first full-length album in eight years, 'Braveheart Worship', released in March 2020. The album has been described as music with a "soothing Celtic flavour."