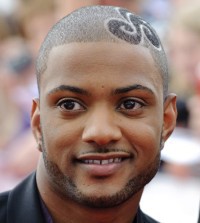 FORMER member of hitmaking boy band JLS, JB Gill, has joined BBC TV's Songs Of Praise presenting team. The 30-year-old joins the team lead by Aled Jones and will mark his debut episode by spending the night in the grounds of a historic Shropshire church and interviewing a founding member of The Blind Boys Of Alabama. The appointment comes a month after JB appeared on the show to discuss his Christian faith with Jones and performed the song "You Raise Me Up".

I love it song " you raise me up " so powerful word! Amen! God is so good & awesome ! Pls continue worship him!