Jagger In A Dream 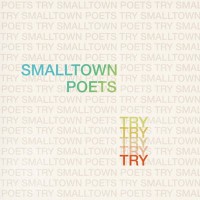 THE POP rockers from Atlanta, Georgia, Smalltown Poets, are set to release a single, "Try". Keyboardist Danny Stephens explained how the hook of the new song came to him in a dream. He said, "I know it sounds kind of crazy, but in my dream I was in a small restaurant, and nearby there was someone singing karaoke, belting out the very melody and lyrics you hear in our new single. I looked over to find it was Mick Jagger singing. I woke up and recalled exactly how the song had gone, wrote it down, developed the song with the other guys during those writing sessions and we recorded it." Noah Stephens, who produced "Try" and who also tours as the band's second guitarist, has worked on three alternate mixes of the song: an acoustic mix, a dream pop mix, and a rock mix. The entire singles package will be available on 25th September.