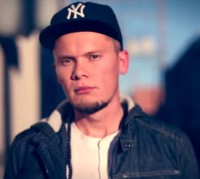 RAPPER Dillon Chase is to release the album 'Joyful Loser' on 19th October which will feature two of his most recent singles "O.G" and "Cheers". The album was written on the road while performing with his son as his deejay. Dillon told fans on Twitter that the album "explores the beauty of loss."