Live At The Nick 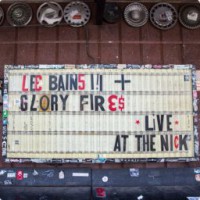 SOUTHERN rock band Lee Bains & The Glory Fires, who recently toured Europe and played a date at the Greenbelt Festival, have released the album 'Live At the Nick'. It was recorded at The Nick in Birmingham, Alabama in a multi-band event to raise attention for the Alabama Coalition For Immigrant Justice And Home Town Action.