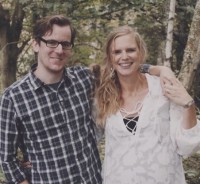 A SEVEN-song mini-album 'Make Us One' by "wild worshippers" Rich & Lydia Dicas has been released. The couple are part of King's Cross Church (KXC). Rich had a solo project 'Holloway Road' released in 2014 but this is the couple's debut together.