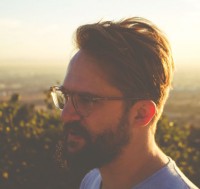 THE 2ND February will see the release of 'The Difference' album by worship man Samuel Lane. The project was produced by Bobby Hartry. Read a press release, "Five years on from Samuel's 2013 critically acclaimed debut album 'The Fire', Lane and Vineyard Worship UK & Ireland release the followup album, 'The Difference'. The story is one of looking to Jesus. When we fall short, he offers his hand. When we are weak, he is our strength. When we fail, he is the difference. Each song has been crafted with the same intensity and rawness as has become fitting for a Samuel Lane record, and the songs are sure to encourage listeners to deepen their relationship with God and desire more intimacy with him."