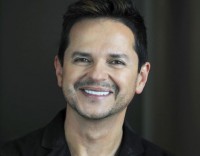 INTEGRITY MUSIC are releasing the new album 'Mi Viaje (My Journey)' by singer, songwriter, author and pastor Danilo Montero. In 2014 Monteiro won a Latin Grammy for his album 'La Carta Perfecta (The Perfect Letter)'. He is the pastor of Iglesia, Lakewood in Houston, Texas. The new album was produced by Brazilian producer Thalles Roberto. Said Monteiro, "'Mi Viaje' is a celebration of God's faithfulness, which has taken us by the hand through different stages of life. But it's also a song of praise for what the future will bring. The entire album is a song of worship and a commitment to God."