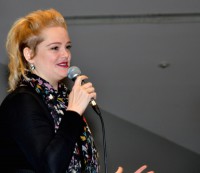 TWO DECADES after her appearances in the Disney Channel series The All-New Mickey Mouse Club singer Jennifer McGill is set to release her debut solo album 'Unbreakable'. Among Jennifer's classmates in the original series were Justin Timberlake, Britney Spears and Christina Aguilera. Jennifer's album includes production from Grammy Award winning producer Jeff Savage, Michael Whitaker and McGill's husband Jeff Bohannon. Speaking about the theme of her album McGill said, "So many of us put borders on ourselves and I think for women especially there's this idea that you're past your expiration date when you hit a certain age, which in my case was only compounded with the celebrity comparisons I used to put on myself. This album paints a picture of old hurts and old mistakes, but also coming out on the other side and not just surviving but thriving."