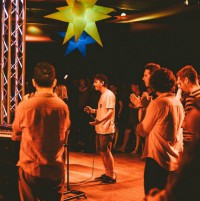 AN INSTRUMENTAL CD and double vinyl release 'Still Vol 2' featuring Bright City, the worship aggregation from St Peters Church, Brighton, is set for release. The first 'Still' album by Rivers & Robots was a success for Integrity Music and now the second volume will be released on CD on 23rd February and on double vinyl on 9th March. 'Still Vol 2' features instrumental versions of "Our God Reigns", "No Longer Slaves", "Spirit Break Out" and another 10 songs described as being "the perfect backdrop for moments of devotion, prayer and meditation for individuals and churches." The project was recorded in various locations around the UK by producer Jonny Byrd (Martin Smith, Army Of Bones).