We Are Messengers ready 'Honest' EP for March release 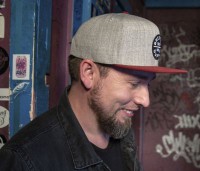 THE DOVE Award-nominated We Are Messengers are releasing their new EP, 'Honest', on 29th March. The six-track set was produced by Tedd T (Francesca Battistelli, Stars Go Dim) and Benjamin Backus (For King & Country, Blanca). A track from the project, "Maybe It's OK", has already reached the Top Ten on both the Billboard and Mediabase charts. We Are Messengers Irish frontman Darren Mulligan said, "'Honest' is the most truthful, raw and personal record we have made. We've pushed ourselves to be vulnerable, to share our heartache, loneliness and joy so that everyone who listens can have permission to share theirs, too."