Nashville's Caitie Hurst issues "How Could I Be Silent" 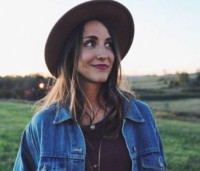 TENNESSEE-based singer Caitie Hurst, whose style one New York radio man recently described as "Taylor Swift meets Lauren Daigle," has released the single "How Could I Be Silent". Speaking about the track Caitie said, "This is my life story in a song. I was saved at a really young age, but I was never one to go share with other people what God had done in my life, for fear of what they might think about me. As I grew up and walked with the Lord, I started to realise after all that he has done for me, there's no way I can be silent about that. My hope is that as you hear this song you are encouraged to share your faith and the Gospel and to not be bound by the fear of what other people might think of you."