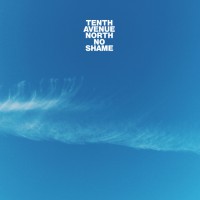 CCM HITMAKERS Tenth Avenue North are releasing their sixth album, 'No Shame', on 2nd August. Said lead singer Mike Donehey about the themes examined on the album, "There's a difference between healthy shame and toxic shame. Healthy shame is actually the necessary feeling you have when you realize you're not God and you have limitations. That feeling of shame is actually a gift from God. Toxic shame is that voice that cries out, 'Unredeemable'." A single from the project, "Greater Than All My Regrets", is already receiving US airplay.