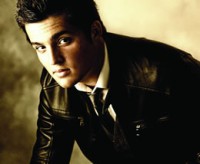 THE ONE TIME teen pop singer who is now worship director at Harvest Bible Church, Orlando, Robert Pierre, has released a new album. 'Nothing Without You' features self-written originals and a version of the hymn "How Great Thou Art". One fan enthused, "Robert Pierre has an uncanny way of writing songs that echo my desperate desire for God."