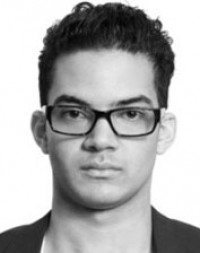 THE WORSHIP pastor at Christ Church, London, who meet at four locations across London, Richard James Butt is writing songs for his next release. It will feature songs and instrumental pieces. Said Butt, "We have sought to build on the work of previous generations of Christians and so include creative presentations of the Apostles Creed and excerpts from Augustine's confessions. The same could be said of the musical style. . . bands such as Toto, The 1975 and artists like Prince."