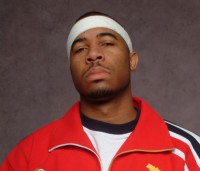 RAPPERS Mr Del, Canton Jones and Uncle Reece have collaborated on the latest single from Mr Del's 'Black' album. Said the emcee, "My 20-year-old nephew always says 'on God'. He says it so much that I decided it needs to be a song. You need to understand the power of anything being 'on God'. We need to see his power in 2019 like never before. I felt it was my duty to give us a new Kingdom anthem with my brothers Canton Jones and Uncle Reece."