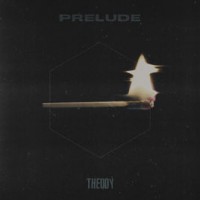 ARKANSAS-based rock band Theody have released the EP 'Prelude.' The band started as a solo singer, Lauren Elizabeth, and later morphed into a three-piece outfit. Lauren named the EP 'Prelude' because she was inspired by the dictionary definition of "something that precedes a work of greater importance". She said, "The name suggests that the battles and struggles we face can serve to equip us with the character and skills that are needed for the next steps in our journeys."