Jason McGee & The Choir still in charts after 18 months 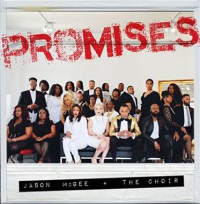 A SINGLE by gospel's Jason McGee & The Choir, released back in October 2017, is now registering in Billboard's Hot Gospel Songs chart. "Promises (ftg Lena Byrd Miles)" was released by My Block Inc. Los Angeles-based McGee is a singer and conductor who has worked with such artists as Christina Aguilera and Usher.