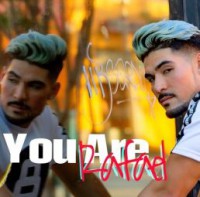 DALLAS-based singer Rafael has released his debut single, "You Are", a song he wrote with Pastor Randy Jones of Burning Bush Ministries. Said Rafael, "God loves everybody and that's a message I want this new single - and all of my music - to say to the world. I thank God for showing me my purpose in life, which is to share my music and the message of God's love with everyone."

For more on Rafael visit the Rafael artist profile