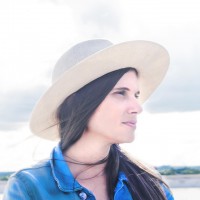 SINGER and songwriter Ashley Lagunas has released an EP 'Raise The Stakes'. In 2015, the Dallas-based singer issued a critically acclaimed EP, 'Roots Grow'. Ashley told New Release Today website, "I've been writing and playing music now for close to 10 years. My journey as a musician and writing songs started on my first trip to Israel. My friends and I had brought a guitar and we sat there and wrote our first song as we overlooked the vast Israeli desert. It was simply our heart's reply to the majesty of God and the beauty of his creation. However, it has only been in the last three years that I have been making music. There came a time when I began to dream about recording some of my songs. It started, at first, as a fun idea to share my songs in a public way, but as the journey continued I realised that this was something that went deeper for me and has developed into a desire that I feel called to do. That is where the journey began for me."