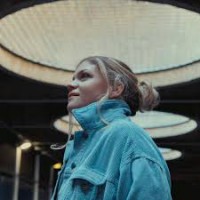 THE NEICE of pop star Chris Rea, Cat Rea, who has had a Cross Rhythms radio hit with "Freedom Reign (Influxx Cinematic Remix)", will release a new single, "Fire", on 29th January. Said Cat, "The song 'Fire' was written from a place of feeling very dissatisfied with the world and the things that used to fulfil me (TV, social media, trends, etc). Feeling drained from the past year's events, I feel my soul needs to be reignited with a spiritual spark, something I cannot get from the world around me. In the video, I am declaring over the place I once lived. Looking back over the dark times, when I felt hopeless. The production and melody of the song follows the theme of feeling trapped, as I sing up the octave for the 'set me on fire' to create the sound of ignition, as though a fire has literally been lit." The single will be released on Stabal Music and Cat's debut album 'Redemption' is set for release later this year.