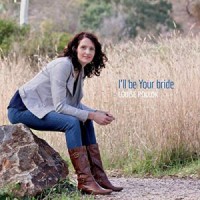 AUSTRALIAN worship leader Louise Pollok has released her debut album, 'I'll Be Your Bride', which she says was inspired by The Song Of Solomon (aka Song Of Songs). Read a press release, "This album was created in the refining fire of the toughest of seasons and a testimony to the goodness of God and his faithfulness to complete what he starts."