Phatfish: Nothing but the truth

There's a new album and the second part of their Truth Tour happening for Phatfish in May. Tony Cummings spoke to the band's singer Louise Fellingham. 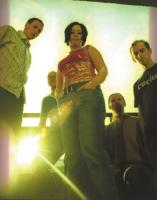 May is a very busy month for one of Britain's most popular Christian bands, Phatfish. They kick into the second phase of their Truth Tour (the first set of gigs took place in November and such was the popularity of those they've decided to do another batch of concerts). But also, the studio album of the songs, appropriately titled Nothing But The Truth, is released. The album is very different from the live, stripped down acoustic project Phatfish Unplugged Hope which came out in 2002. "It's a full on studio album in the Heavenbound vein," enthuses Phatfish's lead singer Louise Fellingham. "There's plenty of edgy guitar, but there are some musical surprises as well. We're really excited about the album, people are already saying it's the most mature thing we've ever done."

With 10 years of gigging and, more importantly, recording under their belt, musical maturity and spiritual focus are clearly evident in everything that Louise communicates. Not for this band unthought through clichÃ©s about getting signed to a major label or making it big in America. Phatfish are serious about being a conduit to draw people to the living God and are unashamedly ministry focused. Comments Louise, "Although platforms and opportunities have changed for us down the years, Phatfish have always been passionate about evangelism and worship. The two are interconnected in our view. When we do a concert we endeavour to take people on a journey, leading them to the point of the Cross. When we're there we try to stay open to the Holy Spirit. So I might sing a song, or bring a Scripture or a word. In our hearts we want people to meet with God. Part of this process is meeting people after their concerts. The band always endeavour to talk to any fans hanging around once the concert has finished. I think that's important in breaking down the them and us thing you get in pop and rock music. We want to meet people who've been touched by the music we play."

Nothing But The Truth is brimming over with quality songs. 'Here I Stand' has some weird guitar sound and a four-on-the-floor disco feel with its lyric reminding us of the grace of God and the blood of Jesus. But it's the song's bridge with its memorable declaration, 'I won't believe all the lies I hear' which speaks boldly to a youth culture bombarded with falsehoods. Another arresting song is 'God Made Man' which is as comprehensive an evangelistic message as you could hope to find packed into a pop rock song, taking the listener from the Garden Of Eden (where, in Louise's words, "everything was peachy and we had this wonderful relationship with God") to the Fall and on to God's salvation plan of the Cross. "It's packed with truth," says Louise succinctly.

Another top rate track on the album is 'Vision', reminding listeners of the day when every tribe and tongue will declare that Jesus Christ is Lord and exhorting believers to get passionately involved in the things of God. To the question as to whether, after 10 years of music ministry, Louise observes today's youth as more or less passionate about God and His Kingdom than a decade before, the singer is very encouraging. "I know things are getting darker but if you attend events like Soul Survivor or even gigs going on at local church level you'll encounter many, many young people absolutely on fire for God. Now I know we have to be careful and ensure that people aren't relying simply on how they feel and have some substance to their faith. But I can also see a growing and deepening passion for young people to change our world and win people for Christ." 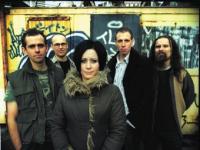 This is a pivotal time for Phatfish. Their guitarist Alan Rose will be leaving them in September. And 10 years is a long time to be out there touring and recording in a scene as small and underfinanced as British CCM. Says Louise, "When this tour finishes we'll be spending more time with God, seeking his direction. But the great thing is when we do that we hear his voice. One of the themes about the Truth Tour and album is to encourage people to seek truth, living, breathing truth. Recently I wrote out a Scripture for somebody, Hebrews 4: 14-16 which talks about how, because of Jesus, we can approach the throne of Grace with confidence. It's amazing, the Living God we can approach with confidence!"