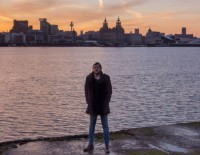 LIVERPOOL-based worship leader and singer/songwriter Ian Yates has released a single, "Blackout", described as "returning to his alternative rock roots." "Blackout" is the first of three singles to be released over the next few months, through 7Core Music.