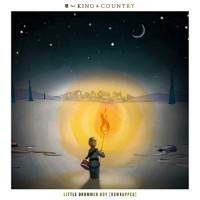 THE BEST-selling duo in Christian music, For King & Country, have released a new version of the Christmas oldie "Little Drummer Boy", first covered by the band on the 'Christmas: LIVE From Phoenix' album in 2017. "Little Drummer Boy (Rewrapped)" is issued as a single through Curb/Word Entertainment.