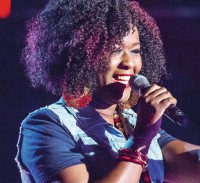 PRODUCER Luke "G-Kid" Grant has produced the single "Rhythm Of Life" by UK gospel singer Janine Dyer. The track is described as "a record of hope, resilience, determination and triumph through adversity. Whatever life may throw at you, through every trial and tribulation keep stepping and dancing until you see the sunlight!" Janine is best known for her work with the award-winning Raymond & Co. "Rhythm Of Life" has been released with remixes by Carl H from two-step to deep house.