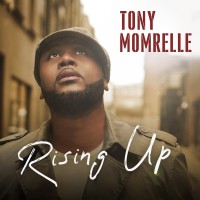 THE BRITISH R&B singer Tony Momrelle, who once enjoyed major hits as part of Incognito, has released a single, "Rising Up". Read a press release, "Heavily in demand within industry circles as a 'secret weapon' and having greatly enhanced the live shows of A-list stars with his phenomenal vocal ability, Tony Momrelle is fast reaching the same level of prominence through his recent solo material. This burgeoning hype continues with 'Rising Up', a track that is perfectly poised to showcase his mesmerising high tenor tones to their full potential."