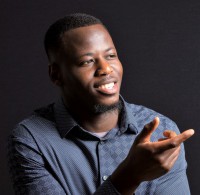 A 22-YEAR-OLD rapper from Reading, Disciple Dredda, has released his debut album 'Road To Redemption'. The project was recorded and mixed by Phil Goss at Appletree Studios.

Spirit Stream Radio welcomes Disciple Dredda to our playlist. We our debuting two songs, âThe Great Commissionâ and âThese Daysâ. We really enjoy his musical innovation and lyrical depth off the debut album. A great collection of songs with an eternal message of love and hope in Jesus Christ.