Run To The Father 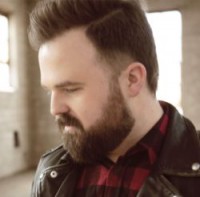 THE TEXAS-based worship leader Cody Carnes, who's enjoyed Cross Rhythms radio hits with "Til The End Of Time" and "What Freedom Feels Like", will release his new studio album, 'Run To The Father', on 13th March. It will be issued through Capitol Christian Music Group. Said Carnes, "I've had some life changing encounters with God lately that these songs have been birthed from. I heard a mentor once say, 'write songs out of an encounter with God, because when you do, it's like that encounter gets locked up in that song.' I pray that people have similar encounters as I've had when these songs come through their headphones or car speakers and when they lead them in their churches."