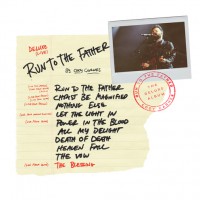 GRAMMY nominated worship leader Cody Carnes, who has had such playlist hits as "What Freedom Feels Like", "The Vow" and "Nothing Else", has released a deluxe edition of his studio album 'Run To The Father'. Said Carnes, "This last year has been so hard for all of us. These songs originally released right as the pandemic was hitting the United States, and it just felt so timely to have the messages available for people. I pray these songs have brought the hope of Jesus to people in such a fearful time. Today I am excited to share nine new versions of these songs with the deluxe album." 'Run To The Father Deluxe' is released through Sparrow Records.