Run To The Lord 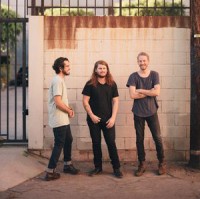 LOS ANGELES-based band Urban Rescue, who were briefly signed to Rend Collective's record label Rend Family Records, have released an independent single, "Run". The song is personal to lead singer Jordan Frye, as it was written about his fear and anxiety. Speaking of the track he said, "I'm really good at putting on a front . . . I've run after so many different things, the only thing in life that has ever satisfied is Jesus."