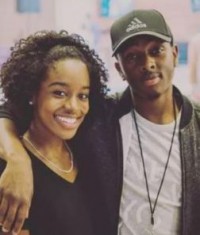 WITH MUSIC described as "a fusion of hip-hop, R&B and worship," Colorado-based brother and sister duo Evan & Eris have released their long-awaited full-length album 'Seasons'. Evan and Eris Ford have produced/performed on songs for artists such as Andy Mineo, Brvndon P, Derek Minor and Da' T.R.U.T.H.