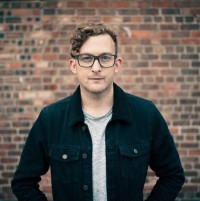 LIVERPOOL-based singer and songwriter Greg Schofield, who performs under the name Guy Called Greg, has released an eight-song mini-album, 'Simple Life'. Playing on the project are Steve Pilgrim (Paul Weller), Martyn Thompson (The Lightning Seeds), and Jez Wing (Echo And The Bunnymen). Said Greg, "I lead worship in Liverpool's Frontline Church, and this album is the first time I've released something that isn't worship, or Christian-based, instead focusing on life experiences over the past 12 months, looking at themes such as love, life, loss and longing."