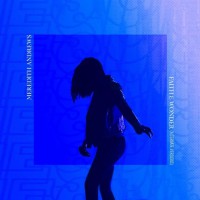 NASHVILLE-based pop singer Meredith Andrews has released an EP with alternative versions of her song "Faith & Wonder" originally on her 'Faith & Wonder' EP, released earlier this year. The 'Faith & Wonder (Alternate Versions)' EP consists of live, instrumental and orchestral versions of the song. Lucia Parker is featured in a Spanish version of the song, which marks Andrews' Spanish language debut. Said the artist on Facebook, "I've dreamed of releasing music in Spanish since I was in high school, and it's finally happening. . . I love collaboration. There is something so Kingdom about running the race alongside others, cheering them on the whole way. I was honoured to have Lucia Parker help translate and sing on 'Faith And Wonder'. She loves the Church, is a gem of a human, and was such an encouragement to me in the studio!"