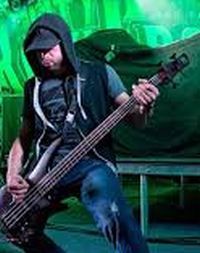 THE BASS guitarist for hard rock band Decyfer Down, Chris Furr, has announced he is stepping away from touring with the band. He posted, "Due to personal reasons I have decided that it's best that I step away from music and from touring." The band have yet to announce a replacement for Furr.