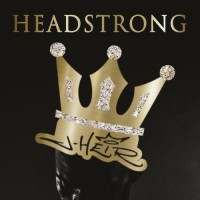 KENTUCKY-based rapper Eric Lemon, better known as J-Heir, has released an eight-song mini-album, 'Headstrong'. In the past, the emcee has released the albums 'I Shall Arise' in 2013 and 'Whole Heart' in 2015.