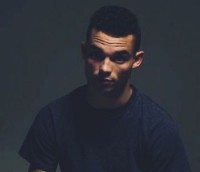 DALLAS-based rapper Hyper Fenton has released the single "Tables". Fellow emcee Eric Heron is guesting on the project. Read a press release, "When Jesus overturned the tables in the temple courts it was clear that those in the temple were so busy focusing on selfish ambition they forgot about the Lord. Needless to say, there are those who are in hip-hop who are making the same forgetful mistakes. So Hyper Fenton and Eric Heron have teamed up to refocus everyone, and maybe flip a table or two."