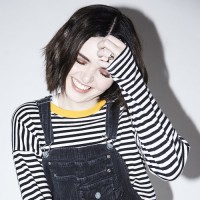 TEENAGE worship leader and songwriter MDSN has released a single, "Hunger". MDSN (pronounced Madison) is the daughter of Texas-based worship leaders and pastors David and Nicole Binion. "Hunger" was penned by MDSN and Mitch Wong of Australia's Planetshakers.