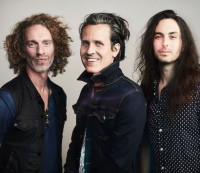 HITMAKING CCM band Remedy Drive are releasing their album 'The North Star', produced by Philip Zach, on 12th January. Read a press release, "Highlights of the project include the call-to-action opener 'You Got Fire' featuring Dove Award-winning recording artist Rachel Lampa; the debut single and title inspiration 'Polaris'; 'Sunlight On Her Face', a heart-wrenching glimpse into slavery; the pulsing, electronic 'Brighter Than Apathy'; and 'Sanctuary' which showcases a poem from hip-hop and spoken word recording artist Propaganda."